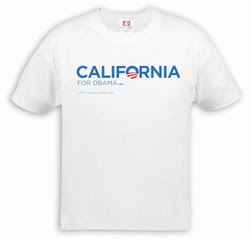 Well, folks, this is it. It is already a ridiculously historic election, and results haven't even come in yet. Well, except for that awesome little (tiny!) town in North East New Hampshire called Dixville Notch - that is all about Obama! The first Democratic landslide since the 1960's! Change We Need!

I don't want to jinx it, but it's looking good so far for the big O. I'm going to be on pins and needles, anxious all day until we know for sure...which honestly, probably won't be until tomorrow morning. I hope it's such an overwhelming landslide that we know for certain tonight though!!! I can't wait anymore!

I may not have time to blog throughout the day, but you can bet that I will be sharing things that I'm reading - with commentary! So exciting, I know!


So to everyone out there who's listening: stay tuned, hang in there, and make a last effort to reach out to voters in those battleground states! You can call from home, from the office, from the park - all you need is a phone! Just pick a state and start calling!
Posted by Kim at 7:56 AM