As I type this, Margie is napping in her crib. This is not something she does for me; only for the nanny. Oh yeah, the nanny. I never thought I would be a person who hired a nanny; nannies are for celebrities and rich people, right? I thought so. But when Margie was about 9 weeks old, I realized that I was losing my mind a little bit, and I needed someone to watch her for a few hours once or twice a week so that I could write, or do laundry, or take care of myself a little bit. Plus, the thought of going back to work eventually, and going instantly from 24/7 Mom to Working Mom was scaring me a bit, and I thought having someone watch her for a bit might ease the transition. I found a great nanny who was available and affordable and she's been coming 1 day a week for a few weeks now, and it's great. She takes Margie to the park, and plays with her, and they get along swimmingly. Fatima, you are wonderful. And because we can't get into any of the local day cares (protip: listen when people tell you that you need to get on wait lists before the baby is born. make the time to check them out while you're pregnant. just do it.), it looks like we will be full-time nanny people when I go back to work. We're hoping to do a nanny share both to defray costs and to have some built in baby socialization, but yeah. We'll have someone caring for our baby while we're at work, and doing some cooking and cleaning as well. Which feels very bougie, but is actually more affordable than most day cares, and is certainly more convenient. I see a lot of value in both options, but here we are.

Anyway, today I'm treating Fatima Day as if I am working; practicing pumping throughout the day as if I was at work, and having her give Margie bottles, instead of me feeding on demand while I'm home and just giving a bottle if they go out. It's difficult emotionally - more difficult than I imagined it would be, I think. Knowing my baby is here in our (not-large) house and that I'm not taking care of her. Knowing that someone's giving her a bottle when I'm right here, and then pumping the milk out instead of feeding her myself...I didn't expect to be affected so much by this.

Relatedly, I've been having trouble getting Margie to nap during the day. She'll only nap in a few specific circumstances:

The concept of a Regular Schedule For Naps during the day, where I put her down and she falls asleep for a few hours, seems crazy. I know that at 12 weeks, she's still a bit young for that anyway, but it's still something to aspire to someday. If I try to put her down during the daytime, she wakes right up and cries until I pick her up. But I know she's capable of it because she does it for Fatima! And she goes down easily at night. Maddening.

Here's a fun little anecdote for you: This morning, Fatima fed Margie a bottle, put her in the swing for a few minutes, and then picked up the getting-sleepy baby and put her down in her crib. After a very short amount of fussing, Margie was out. I started pumping, and when I walked into the kitchen (which is connected to the nursery) to put the milk in the fridge, Margie started making little noises in her sleep like she was going to wake up. Fatima said "she smells your milk and she wants to be with mama." I put the milk away and left the room to get dressed and she's been out ever since. She napped for an hour.

So maybe it's good that I'm going back to work. Margie will actually nap during the day, and maybe a nanny can help her establish a regular routine of some sort. But it's strange, during this time, being home and not taking care of her. Listening to someone else soothe her as she cries (which, to be honest, can be both a tremendous relief and completely heartbreaking). Starting to turn my mind to working again, to writing, and thinking, and having conversations that aren't about babies. I am practicing to be gone.

I'm grateful to have had as much time as I've had (with a few weeks saved up for later), and for the opportunity to transition back slowly. I know how lucky I am to be where I am professionally, and knowing that I have a supportive company environment to go back to makes this easier. But not easy. And the guilt that I feel about looking forward to leaving and going to work (I'll get to eat! Twice a day! With both hands!) mingles with the sadness I feel that I won't be with her every day. It's been a special and unique time, and I can't believe it's already been nearly three months.

I look down as I type and see the small scar on my wrist from where I picked at the scab from my IV when I was in labor. I'm sure there's a metaphor here about how she'll always be with me even when I'm away, and of course I'm tearing up as I write this. I'm sure I'll cry a lot over the next few weeks, as I've cried for months from the combination of hormones and responsibility and love and exhaustion. Motherhood is no joke. Parenthood is no joke. I could write a whole lot more about the struggle to balance caregiving and career, and maybe I will. But for now, I'm going to run an errand, do some prep work for OrgOrg, and start putting the house back in order after a whirlwind Thanksgiving while a lovely and loving woman named Fatima takes Margie to the park.
Posted by Kim at 10:58 AM No comments:

This week, I was invited to attend a cooking class and dinner hosted by Lindsay Olives. I was able to bring a +1, and left my husband home with the baby while I enjoyed a night out on the town in San Francisco...the first time I've gone for a night out with a friend since she was born! Woo hoo, livin large and home by 10!

The event was seriously fun, and I ate so many olives. I mean so many. So. Many. Olives. I love olives. Black ones, green ones, stuffed ones...ever since I was a little girl sticking black olives on my fingers at Sunday brunch at my grandparents' house, I've been fond of these low-calorie, high-sodium delights.

This particular event was to promote their new "Party Picks" - pre-skewered olives, ready for a martini or charcuterie tray. They come in a ton of different varieties from olive stuffed to spicy to "vegetable" (aka onion and pickle), and they are quite convenient in addition to being tasty. Lindsay Olives didn't ask me to write a blog post covering the event, but it was so fun and their team did such a great job, and the olives were so good that I thought I'd share. 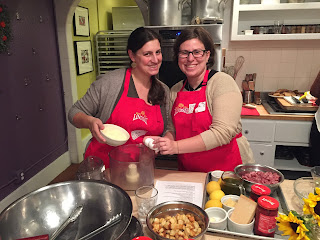 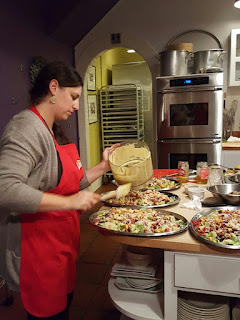 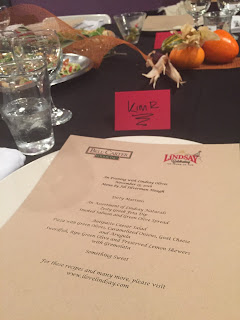 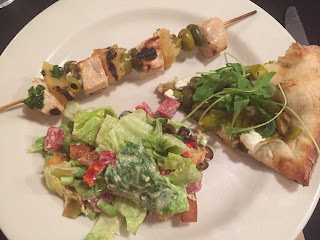 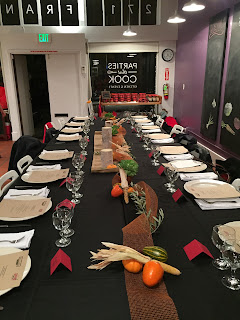