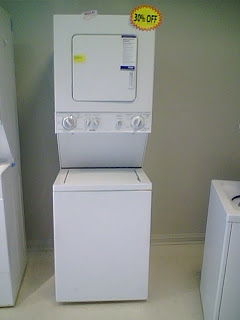 Well, I officially feel like a grown up. Today, I purchased my first washer/dryer. It's real. It's happening. After installation next Saturday, I will be able to wash my clothes. In my apartment. Holy cow. Here's a picture of my cute little guy, which I bought at the Sears Outlet store in Hayward. Full story below, but feel free to skip to the end if you don't want the boring details.

First, I tried the Airport Appliances Liquidation Event, where I had heard they had them for $699. They did not have what I needed (24-inches wide, stacked/stackable, gas dryer). They referred me to their main store, where they also didn't have what I was looking for (though they said they could order it for me - apparently what I needed was special and rare or something). They did however, have free donuts. AND hot dogs (being grilled outside, with buns warmed in one of their demo ovens, served with sauerkraut and pickles in addition to the usual ketchup, mustard, relish). AND fresh-baked cookies (baked in a demo oven). These folks know what they're doing. The saleswoman was very helpful and knew her stuff, but I didn't feel quite right paying $1060.00 + $79.95 delivery + $17 for the extra tubes or pipes or whatever. I wanted to keep looking, and told her I think I saw it cheaper at Sears. She said she used to work at Sears, and if it was cheaper there, she totally understood me buying it there.

Soooo we went to the Sears Outlet (hooray for seeing the outlet before going into the main store), where I found two stacked 24-inch gas washer/dryer units. One was used-but-tested, for $790.00. The other, brand new, for $870.00. Both had cosmetic damages (a few small scratches here and there), but the used one had a broken lint trap that was also very disgusting (grimy, dirty, grossness). I ended up going with the brand new one. Figured it was worth the $80 to have everything fully functional and clean, right? Right.

After adding in delivery/installation and the neccessary accoutrements (dryer vent, gas connector, etc), the grand total was around $1,100.00 The same as one month's rent. But it was much cheaper buying it at the outlet for $870.00 instead of online for $999.99 or at Airport Appliance for $1060.00 or wherever it sells at the list price of $1249.99.

OOF. It's a lot of money. But it's worth it. This is the unit I ended up with, and I can't wait to get started using it. I requested delivery/installation for next Saturday, and am now just waiting to get confirmation from the delivery/installation company. I hope it sticks and everything goes smoothly...I have a lot of laundry to do! :-)
Posted by Kim at 5:11 PM 5 comments:

My friends shot this video, and I think it's pretty dang good. It's funny and disturbing and sad and funny...and just watch it. It's only 8 minutes, and it's just the beginning of what I think is going to be a really great little collection of shorts.

My mom sent me this video. It is hilarious. Enjoy.

Ok, so I haven't *really* posted in a while. It's been busy at work, which is a welcome change (I even like being tired at the end of the day! Well, mostly...). Rachel is coming to town tomorrow for her book tour (buy it!) so I actually have to clean my crazy apartment a bit. It's amazing how things just start piling up when you're not home every weekend...I think I still have things left out from the holidays. Eek.

Lots going on this week, including Rachel's Book Tour, a play at Berkeley Rep, a party at Laura's, potentially buying a washer/dryer, Super Bowl, hockey...oof!

For now, I'm trying to take deep breaths and enjoy the sunny but crisply cool day.

bottom of inbox
Posted by Kim at 3:27 PM No comments:

It's raining. Yesterday, I found out it was raining because my gmail theme changed. Not because I looked out a window (there isn't one in my current cubicle). Because my gmail theme changed. Awkward. However, I totally love it. The theme is "tree" for anyone who is interested, and it looks something like this (click the pictures to enlarge them, it's worth it, maybe):

This post is basically an excuse to show off the pretty theme, because I like it. So, whoopie.
Posted by Kim at 10:32 AM No comments:

I hope everyone out there has a chance to watch the Inauguration events today, whether you attended in person, watched it at work, or recorded it somehow to watch later. I'm sure every media source is streaming or posting videos all day long, so if you missed any of the action, it shouldn't be hard to find! And the official website of the White House, www.whitehouse.gov, has been updated. What a great day for America!

Aretha's performance of My Country Tis of Thee made me teary, despite the cheesy montage. Watch it here if you missed it. CBS News also has a lot of content if you're bored at work or tired of studying. And, um, also...I love that Malia was taking pictures the whole time...I'm sure those will get published in a book at some point. 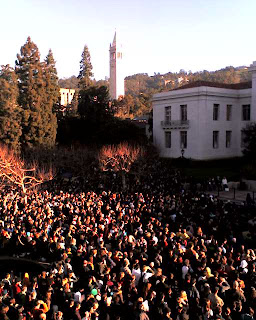 The Boy took this picture on the UC Berkeley campus this morning
Posted by Kim at 10:38 AM 1 comment:

My mom sent this to me via email, and I thought it was worth sharing. Apologies for the fuzzy image.

My lovely friend Kate works for Atom, and they have this fun little thing out right now called the Obama Inauguration Speech Generator. Try it out!

My fellow Americans, today is a lovely day. You have shown the world that "hope" is not just another word for "bear", and that "change" is not only something we can believe in again, but something we can actually skate.

Today we celebrate, but let there be no mistake – America faces humorous and smelly challenges like never before. Our economy is wonderful. Americans can barely afford their mortgages, let alone have enough money left over for colors. Our healthcare system is pricey. If your elbow is sick and you don't have insurance, you might as well call a landscaper. And America's image overseas is tarnished like a computer lamp. But talking together we can right this ship, and set a course for white house.

Finally, I must thank my silly family, my red campaign volunteers, but most of all, I want to thank lawyers for making this historic occasion possible. Of course, I must also thank you, President Bush, for years of sketching the American people. Without your brisk efforts, none of this would have been possible.

I haven't written in almost a week, what with the new job and crashing on the couch at 9pm and all, but I'm writing now and I'm in a good mood, so here's a list of a few things that are making me happy.

OMG THE BREAD IS SO GOOD

OMG I just tried the bread and it is SO GOOD that I had to blog about it. Oh. My. God. 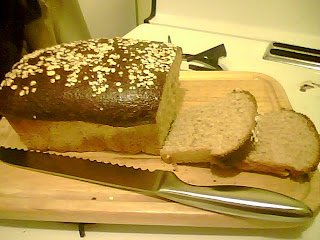 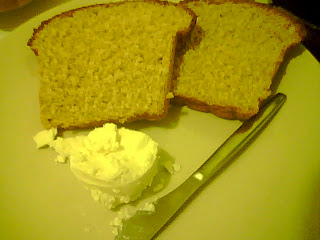 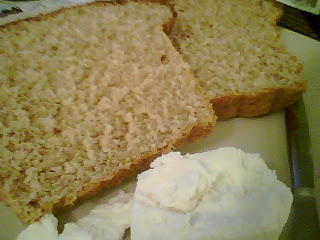 So, as the start of the new job approaches, and my anxiety about smaller paychecks grows, I decided to call Comcast again. After my less-than-pleasing experience back in July, I was a little hesitant to do it, but I realized that just cannot continue to pay $115 a month for cable+internet. I decided that if they wouldn't give me a deal, I'd try switching to basic cable (aka no TLC, HGTV, Comedy Central, E!, etc.) and slower internet and see if it's really a big deal. Here's how the conversation went:

Me: I can't afford the payment - I've been paying $115 a month for several months now, and just can't afford it anymore.
Comcast Angel Raul (in the cancellations department): So you want to cancel?
Me: Well, I don't want to, but unless you have some sort of magical deal going on that I don't know about, I'm going to have to. Do you have any promotions or discounts you can offer?
Comcast Angel Raul: Well, right now the only discount we have for current subscribers is the Triple Play, where you get phone, internet and cable for $90 a month.
Me: Yeah, I know about that one, but I don't need phone service, and $90 is almost what I'm paying now that I can't afford...
Comcast Angel Raul: Ok, let me see if I can override it. Can you hold for a sec?
Me: Sure! (crossing my fingers)
Comcast Angel Raul: Ok. I can lower your monthly payment to $68 a month for 12 months with no contract.
Me: Wow! Really? How can you do that!!!???
Comcast Angel Raul: Well, I can't call it a promotion because we're not promoting it, but I can just apply the discount and lower the payment. Is that ok?
Me: Yeah! Wow! Thank you so much!!
Comcast Angel Raul: No problem. Thank you - I know how easy it is for you to leave for another company, and I'm glad we can keep your service.

So there you have it. Hooray! I think the trick is that you have to pay full price for a few months, and then they'll give you the discount again to keep you. Woo! Success! And I won't have to pay for February or part of March because I have already paid full price for January!

Granted, it would be even cheaper to do the basic cable and the slower internet, but $68 a month is cheaper than what I was originally paying when I signed up, and now I don't have to sacrifice or change anything (spoiled spoiled kim!). If it turns out to be too pricey still, I can go down to the basic/slow situation...but for now, I will sit here spoiled watching "Property Virgins" and "17 Kids and Counting".

Email ThisBlogThis!Share to TwitterShare to FacebookShare to Pinterest
Labels: Comcast

The lovely Reed and I baked honey wheat oatmeal bread today. Well, she taught me, which means she did a lot of the work, but I stirred and kneaded and folded and spread the egg stuff and woo hoo. It looks delicious, and is based on this recipe from Epicurious. Pictures below (please ignore the bad quality of the pictures - I had to take my camera to the shop today and took these on my cell phone): 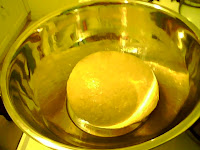 ball of dough before rising 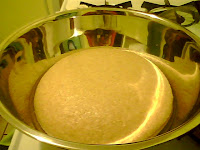 ball of dough, after rising 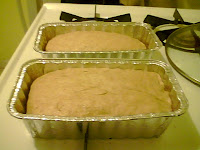 dough in pans, before rising 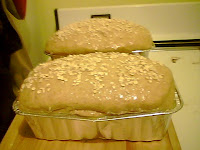 dough in pans, after rising, and with egg rinse and oatmeal 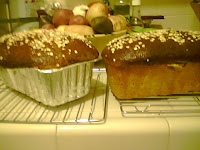 New Year's Eve was low-key and fun, and my wonderful friend Reed spent a few days with me, helping me run errands, unpack from the holidays, and bake bread (post to follow). We are very exciting, I promise. I'm not huge on New Year's Resolutions, but I always make them (maybe because I love making lists), so here it is for 2009. Enjoy. 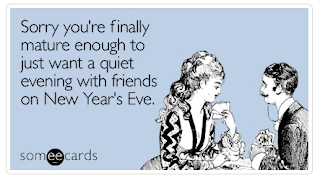