I've been thinking about this post for weeks, without knowing how to start. I know what I want to say, but not how to say it. But because today was her birthday, I think today is the day I'm going to try.

About two weeks ago, our dear friend Sean lost her battle with Leukemia. It was sudden, and took her life only a year after she beat breast cancer. Sean spent 2012 eating organically, exercising, and generally getting her health on; she told me once that she felt like she was given another chance, and she wanted to live the healthiest life possible. When she told us about the diagnosis in December, she laughed and said, "Well, I guess that was a bunch of crap, eh?"

Sean was one of the most generous, beautiful, open-hearted people I've ever known. I loved our evenings spent comparing marinades as we prepared our meals over the campfire, and she spent more time than she needed to listening to my ramblings, endlessly supportive and encouraging. Quick to laugh, and laugh heartily, she brightened even the sunniest days. I know, it's cliche and maybe even a little quaint, but it's true. She was just good.

I think the hardest thing to reconcile is the absence. In a way, it's all still so surreal. Like we all had a party to celebrate Sean, and I just didn't see her there. Like this has all been temporary, and actually she's fine, or getting better. Like it can't be possible that she's just gone. Because...how is it possible? Young people - healthy people - good people. People we love. How can they just be gone?

I know how, of course. I understand reality, and I'm not under the impression that I can change the present by wishing it were different. Of course. But it still seems so unlikely. So untrue. So unfair that a person so good could just be gone, and that's it. It's over. The finality of it is arresting.


I've spent the last several weeks thinking about loss. About grieving. About life, and death, and the choices we make, and about celebrating the people we love every day. I've talked to friends, and my husband, and my therapist. I've read far too much on the internet. And still, there are no answers. I don't think there ever are, really.

It's times like these that make me wish I believed in a higher power. I consider myself to be pretty much agnostic in matters of religion/faith/spirituality - I don't know what I don't know and all that. I wish I did, or believed that I did, because it seems that at the very least, it would be comforting.

But where I don't find that type of solace, I do find peace in knowing that Sean lived her life with positivity. Hearing her friends and coworkers speak at her memorial two weeks ago only reaffirmed what we all already knew: that this was one truly special woman. Someone told a story about becoming fast friends with Sean, and admitted (jokingly) to being thrown off by other peoples' stories -- she had thought that she was Sean's special friend. But Sean made everyone around her feel special. It was just her way.

Even Sean's occasional complaints were tempered with silver linings, or at least a good joke; she was welcoming, joyful, and pretty much just the kind of person you'd want to have in your life. Her memorial was really a celebration of her life, and I think she would have enjoyed it. I am trying to keep little bits of her spirit in me from now on - life should be celebrated, and lived with an open heart.

Grief is a funny thing. But in choosing to celebrate, I think I can honor my friend. Here's to you, Sean. You look gorgeous. 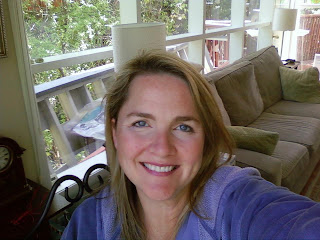