On the shuttle on the way home tonight, I noticed quite a commotion at the Obama Headquarters down the street from my house. The shuttle had to stop directly in front of my apartment - because of the crazy amount of cars parked in the neighborhood, some not-so-legally, there wasn't anywhere else for it to pull over (oh darn, poor me). Anyway, I put my stuff down and walked down the street to check out the scene. Apparently it was some sort of Grand Opening party type thing (same night as McCain's speech? coincidence?), complete with jambalaya (unfortunately, the line was crazylong and I wasn't in the mood for a long line, so no jambalaya for me)! Some photos below... 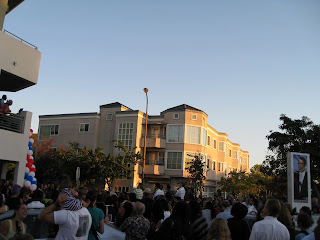 so many people! such a pretty sunset-on-building! 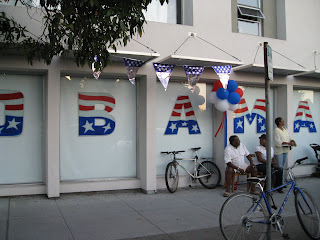 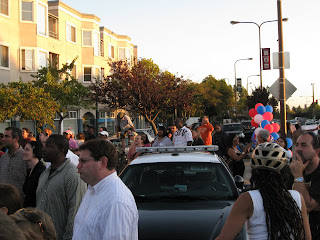 Cop car in the middle of the crowd 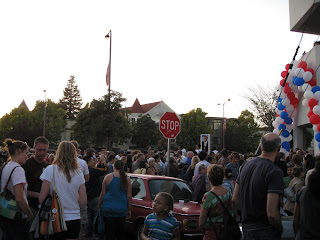 Yet another crowd shot...I hope they didn't want to get that car out of there any time soon! 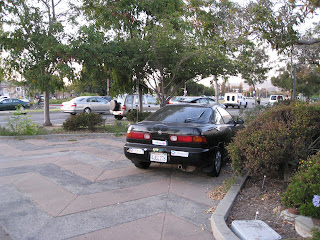 And I think that's the quickest event-to-posting turnaround EVER on my blog.
Posted by Kim at 7:36 PM