It's been quite a weekend, and I'm going to do a brief mind-dump sort of recap, in the style of my early blogging...a list.
Pictures below... 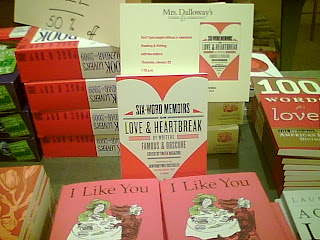 Display for the book event...I love that they were displayed next to one of my favorite books ever. 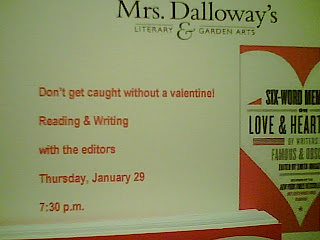 And a close-up of the display 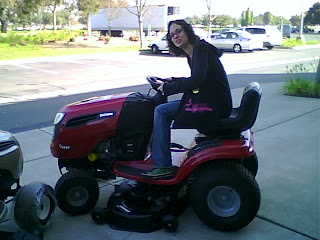 Rachel, testing out a lawnmower of sorts outside Sears. 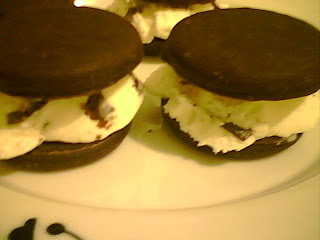 The most ingenious dessert. Pardon the poor photo quality. It was taken on my phone.
Posted by Kim at 11:13 PM