Although it wasn't on my YoCP list, I've been meaning to tackle the front porch for a while. Over the last few years, it had gathered dust, grime, and assorted detritus, and with festive gourd season upon us, I figured now was as good a time as any to clean. Holiday decorating is one of my favorite for cleaning, after all. I meant to post this before Halloween, so just travel back in time with me a bit, when porches needed to be cleaned off to support jack-o-lanterns and ghosts. 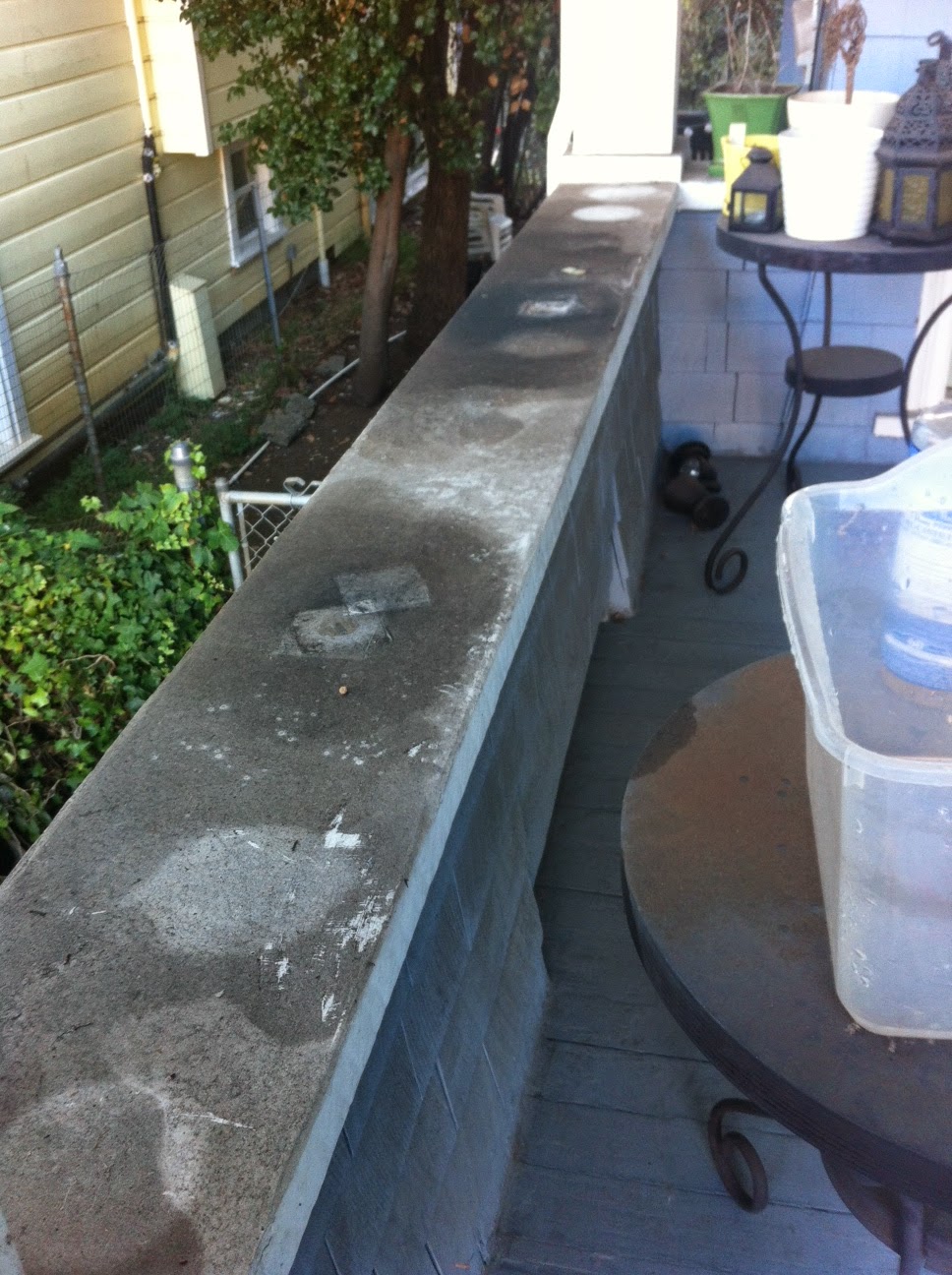 You see, the railing of our porch was once white. It was relatively white when we moved in three years ago. But the grime had gotten a little out of control.

I'm a bit embarrassed to share this picture, but I think it's important to share just how bad it was. Not only so you can see the progress (I promise, it gets better!), but hopefully to ease any shame you have at the state of your front porches.

We are none of us perfect.

It may be worth noting that the splotchiness is a result of several lanterns that usually reside on this railing - the grime gathered under them a bit, but mostly around them. Not sure about the clean white patch in the middle. It's a mystery. 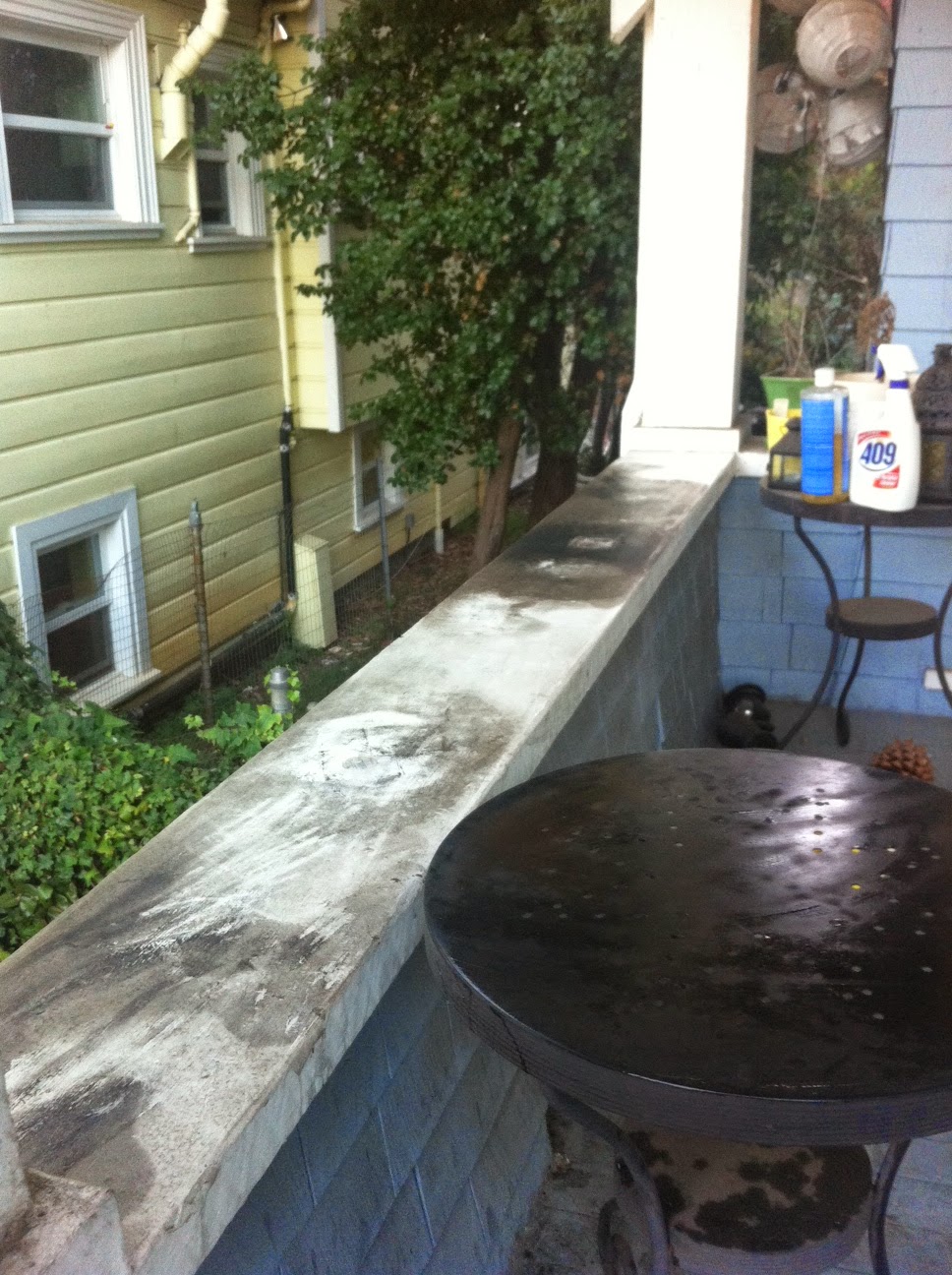 I started this cleaning project with one goal: get rid of that black grime so that it looks pretty. I figured I'd tackle it with a little Dr. Bronner's and water, and all would be well. NOT SO, MY FRIENDS. NOT SO.

I scrubbed with Dr. Bronner's and a scrub brush, and a sponge, and all my (limited) upper body strength, to no avail. I busted out the 409. And the Comet. I scrubbed and I rinsed for about two hours.

Still, I was left with something that looked like this. Not a huge improvement - irritating, even, given the amount of time and effort I'd put into this should've-been-easy project.

And then I bought some Mr. Clean Magic Erasers. The heavy-duty kind, made for outdoor furniture. 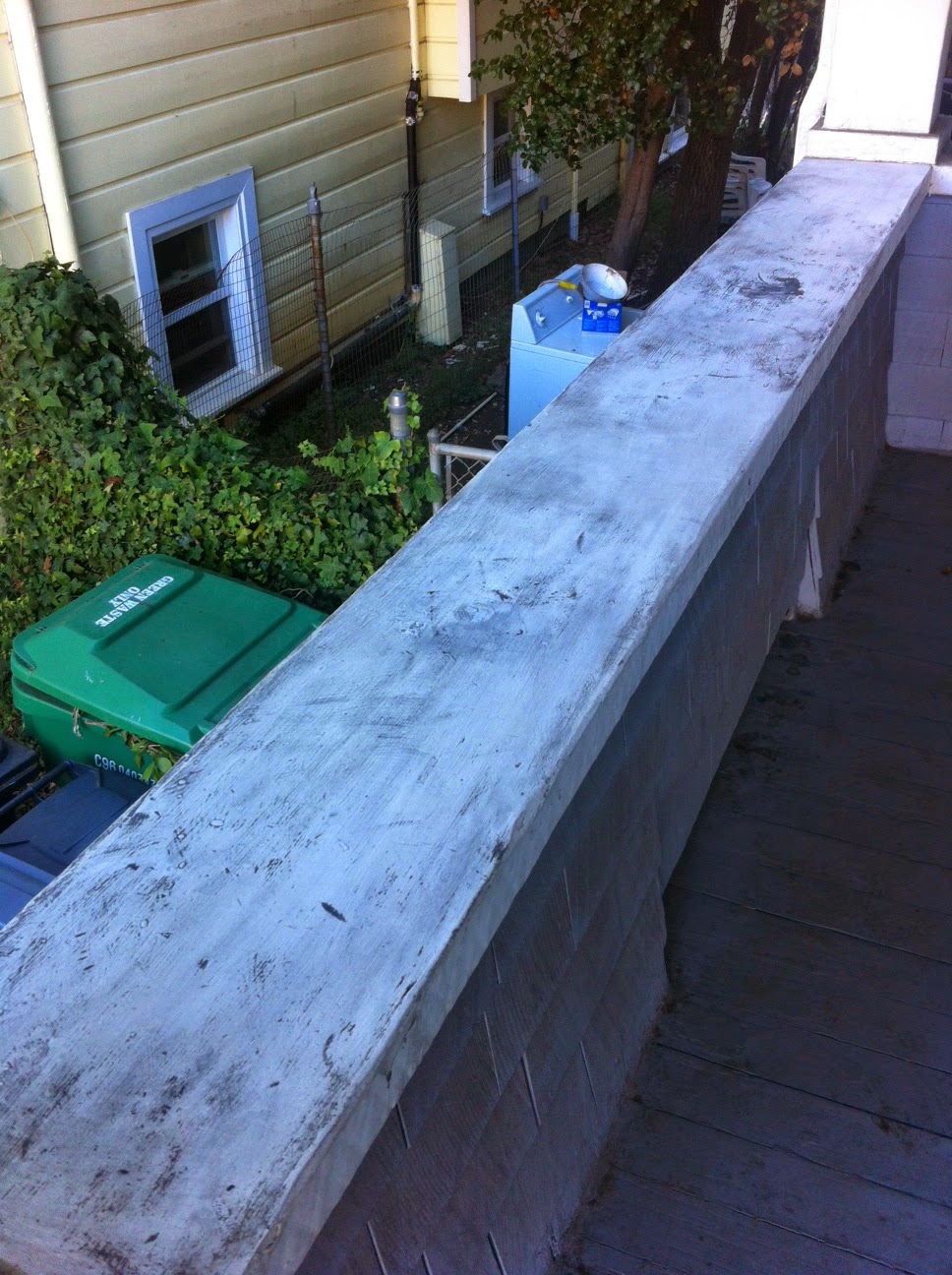 They were not as strong as the advertisements made them out to be, or maybe my grime was just that bad. I worked my way through about seven erasers, which split and tore and turned irreversibly black as I convinced myself that this. would. work. Because it had to. I'd sunk too much time into this already, and dammit, I wanted to decorate for Halloween!

However, after about an hour of scrubbing and cursing, I was left with something that almost resembled cleanliness. It's more gray than white, really, and there are slivers of black grime that I just couldn't get out, embedded into the grooves of the wood. But overall, it's progress. And it was enough to make me consider the project a success.

I mean, look at those before-and-afters, eh? I later learned (upon bleaching a spot where a potentially-rabid-maybe squirrel had destroyed one of our pumpkins) that (oh yeah, duh) bleach is a *really* easy way to whiten things. Probably could've saved a lot of time by starting with bleach. Ah well. 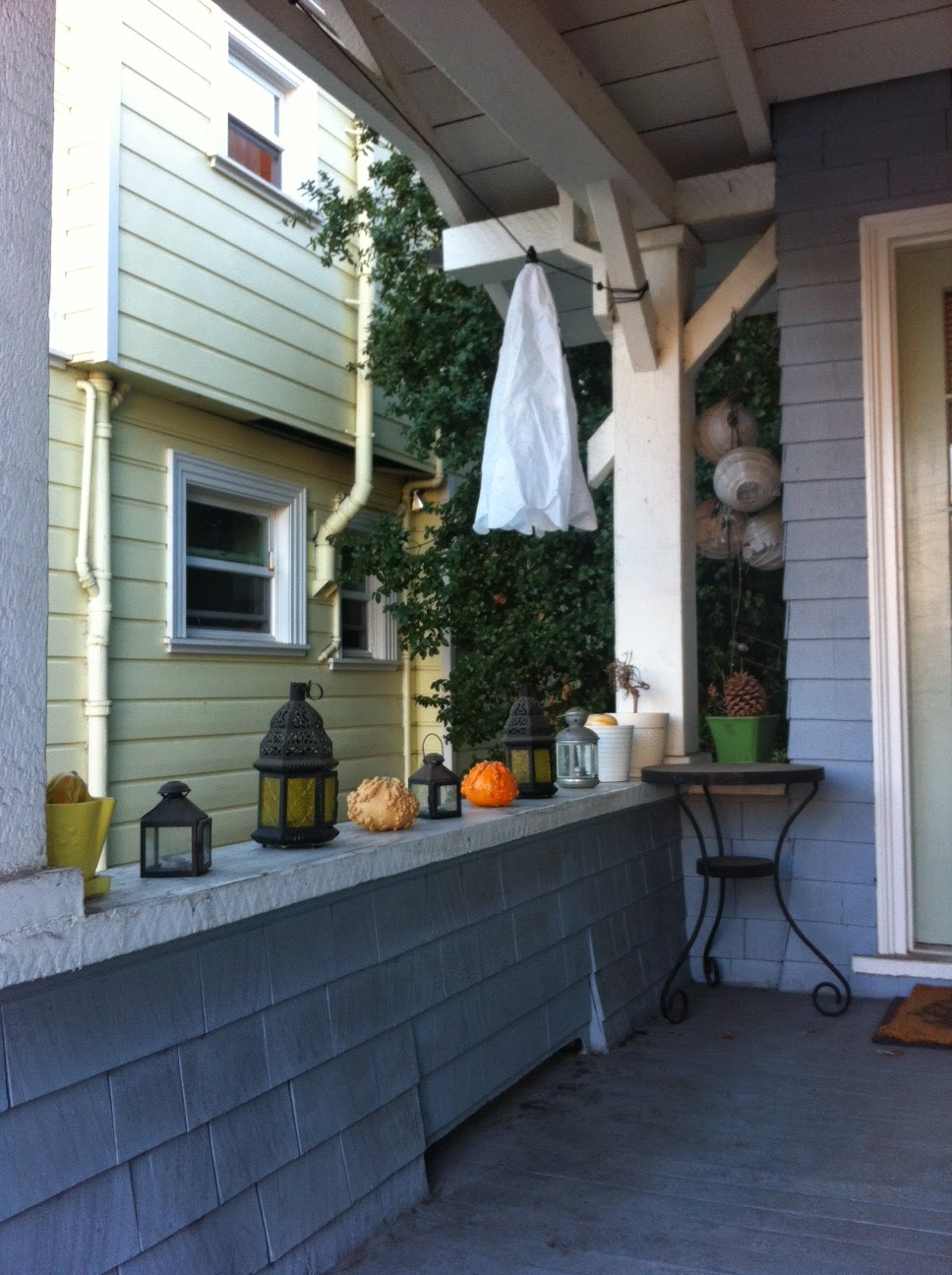 I felt good enough to put the lanterns back out, and add some gourds (and a flying ghost) to the mix.

I later removed those hanging lanterns (which have been so destroyed by wind and rain that they were just a ragged mess), replacing them with a small metal hanging lantern (thanks, IKEA). I took the extra metal table and moved it to the yard, next to the BBQ, for extra "counter" space.

It's still a little dirty out there - it could use a good scrub, and would probably benefit from regular sweeping, but at the end of the day, it's a porch. A porch on a house we rent.

We do our best to keep it in good shape, but it will never be magazine-perfect, because we do not live in a magazine.

It's ok. We are none of us perfect.
We clean. We move on.