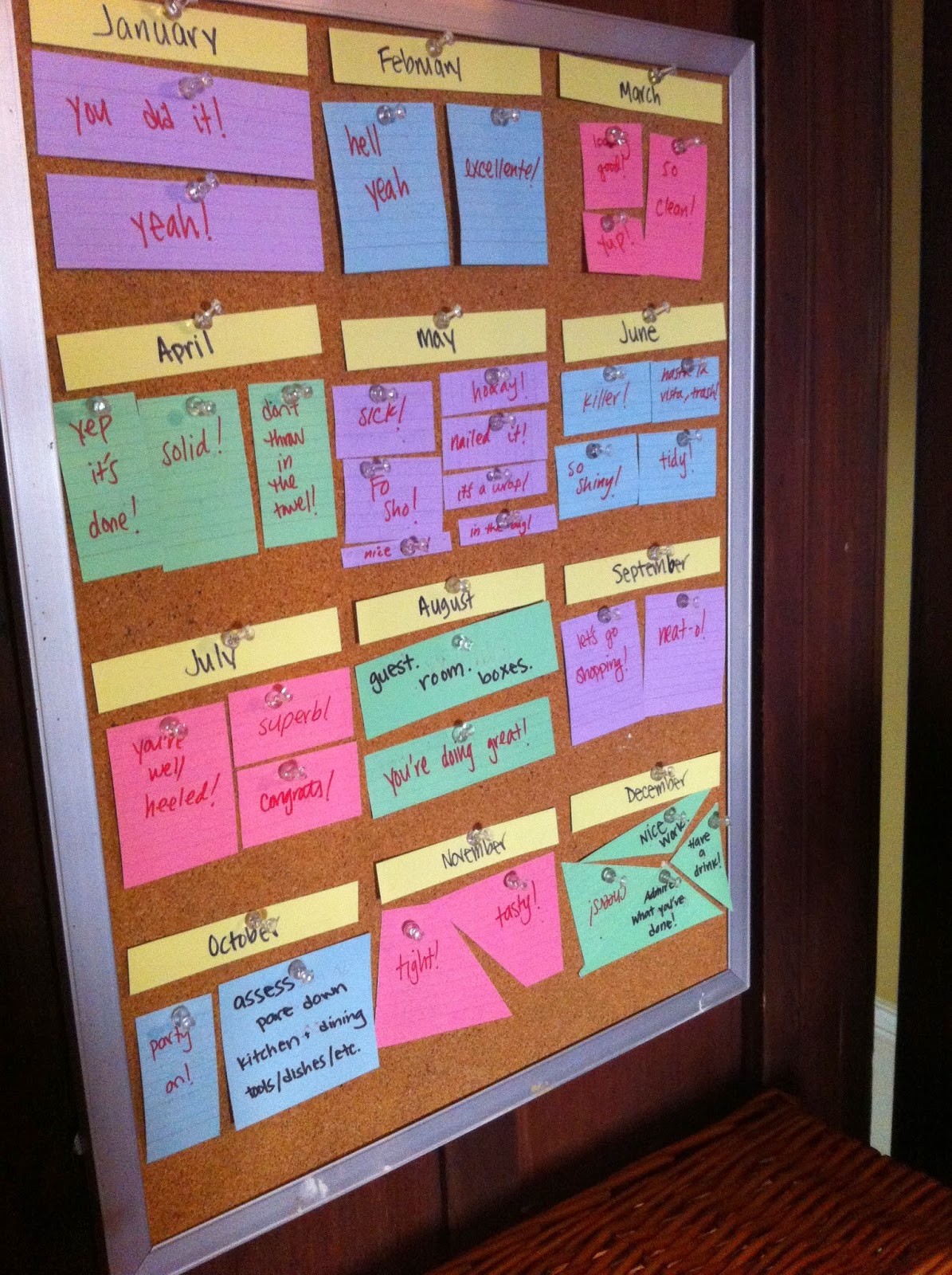 Well, friends the YoCP is over (well, technically it was over when Jolie ended it early mid-way through the year, but I had kept going on it...mostly). Looking back over the year, I'm impressed with how many things I got done.

There was the shoe purge, and the wrapping paper impressiveness, and of course, the big closet. My car was cleaned (and ahem, could probably use a touch up) and the BBQ was scoured. I even threw in a bonus porch project just for kicks.

But I didn't finish everything. There are still two cards left unturned, plus a few of those silly celebration cards. I mean, yes, I had a drink and admired my work in December, but there's something that doesn't quite feel right about turning over those last few "you did it" cards until I've actually done it, ya know? 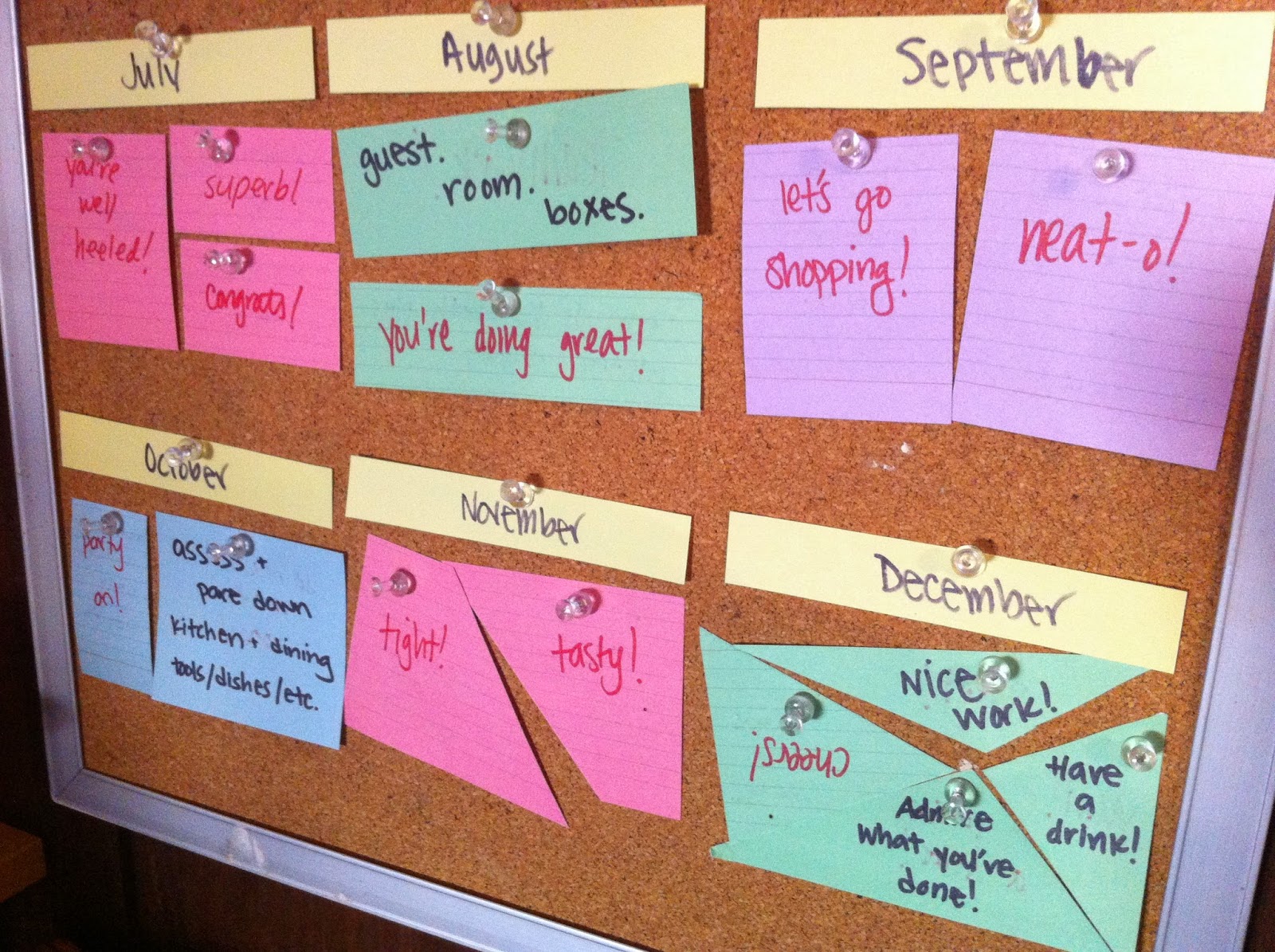 I've started assessing and paring down the kitchen and dining things (erm, last week, when I also purged the pantry). We did some of the guest room boxes. But there's still work to do. And thus, I begin thinking about what this year will hold, homemaker-wise.

There's no YoCP: Redux happening, but I still like the idea of putting my projects up on the board. It really helped me to visualize all the things I want to do and only worry about them when it was the assigned time. I like structure, and I like schedules. It's my blessing/curse.


I've been feeling overwhelmed lately - something that tends to happen towards the end of the year, with the holidays and wrapping up the year at work, somehow there never seems to be enough time. This is normal, I know. But I'm also prone to overcommitment and a need to fill every moment...and we just have a lot of stuff. No more. Time for change, New Year!

I'll be making a fresh board for the year, perhaps even this weekend, but all of my projects are going to focus on getting rid of things, making more space. Not to fill with new things, but just to breathe a little easier, to see clearer. To practice letting things go. The practice of letting go of physical objects will (hopefully) seep into my psyche, making it easier to say no to plans in favor of a quiet night at home, or to feel less guilty saying no to pet projects. A girl can hope.

Did you tackle any big projects last year? What's on your list for this year? Have any resolutions/goals/intentions/plans?
Posted by Kim at 5:07 PM